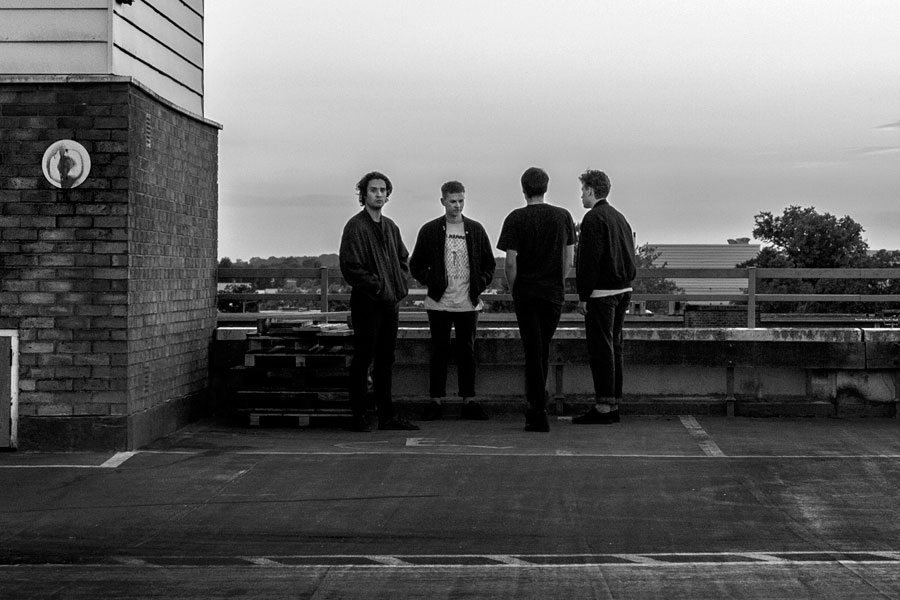 At the end of June Bad Breeding released their new LP Exiled. It’s an explosive mixture of british anarchopunk and wild contemporary hardcore with smart lyrics addressing the poverty of everyday life in Britain (if you want to know more check out this in-depth interview). Their 12 song piece was released by Iron Lung in the USA and One Little Indian in Europe.

What are Bad Breeding’s tips for Fluff 2019? We asked their singer Chris Dodd to give his recommendations and here they are:

Uniform are one of the few bands I know who have been able to channel the deranged fears and anxieties of our absurd neoliberal times into something that is as hopeful and unifying as it is outwardly oppressive. 2017’s

(Uniform will play on Sunday, July 28 in Rokycany)

Arms Race play a pummelling strand of UK82-infected racket that also nods towards the best Oi and early 80s NYC hardcore. Think something along the lines of running Nabat, S.A.S and Cro-Mags through a cement mixer. It never comes across as reductive homage playing, though - it all sounds so fresh and immediate. The band is made up from crucial members of the UK’s DIY community, who have all contributed to what has made it so brilliant and fertile in the last decade. One of the best bands doing it live and on record.

(Arms Race will play on Saturday, July 27 in Rokycany)

We had the pleasure of playing with Red Gaze at Venster 99 in Vienna last year and they were brilliant. Lovely people from Graz who make mid-paced stompers with Crisis-like guitar riffs and have an expert grasp of the reverb pedal. They also played a great Flux of Pink Indians cover too, which is never a bad thing.

Sect Mark. I’ve been playing the Worship record that came out last year on Iron Lung for ages. I had planned on watching them when we both played Krakatoa Festival in Bologna last year, but we weren’t planned for the same day so I missed them. Short hardcore rippers from Rome drenched in all sorts of horrible madness.

Holiday Inn - more brilliance from Italy. It’s hard to describe how eclectic these two are - dark wave, industrial, punk? I’m not sure, but their Torbido LP on the excellent Maple Death and Avant! Records is 10 songs of pure unsettling bangers. One half of the duo, Bob Junior, plays a vital role in booking great DIY stuff in Rome and supports so many touring bands coming through the city at Fanfulla 5/a. Great songs and great people.