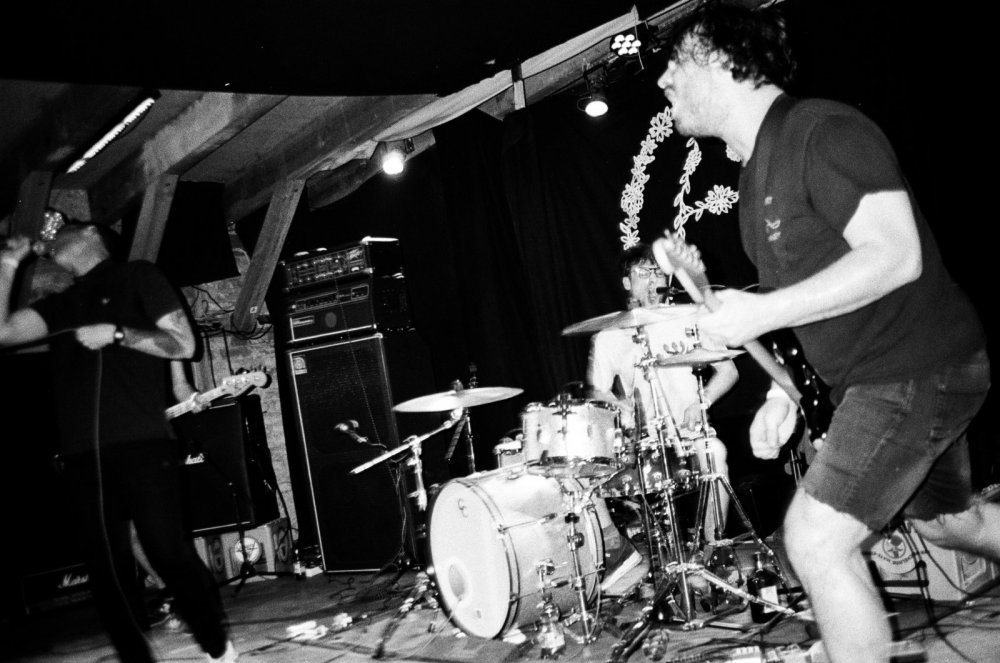 French emo-punks CHAVIRÉ have announced a new record ! Their third full-length Maintenant que les flammes sont partout  will be out in July for their tour with Birds In Row and Heavy Heart that will finish at Fluff Fest. For now you can listen to one of the songs.

We also took this opportunity to ask Chaviré for their tips which bands you shouldn’t miss at Fluff Fest this year. Check it out :

LITOVSK: We're friends with the people from LITOVSK for some time now and their second album released last year and called Dispossessed was one of our very favourite. We couldn't be happier seeing them at Fluff this summer!

GRAF ORLOCK: Since 2007,  when I need smile and boost, there is literally only one song I listen to: The Dream Left Behind from GRAF ORLOCK! I don't know if they play it on stage... but I saw them in Paris in 2006 – on the tour with COMADRE – an it was crazy ! Hope they play on Sunday like us.

TØRSÖ : The music, the lyrics, the attitude : a perfect score for a band that offers devastating live performance !

ROTTEN MIND: Some beautiful Swedish punk who echoes bands like MASSHYSTERI, or THE OBSERVERS in the US ! For sensitive hearts who love high-pichted guitars !

YÖU: We were really happy to read that the nice people from YÖU were playing this summer. We played together on our first time in Macedonia and it will be super nice to see them during the festival.

There are plenty bands we could have mentionned, BIRDS IN ROW and HEAVY HEART with who we'll have the honour to share the tour, CEREMONY or ARMS RACE that we absolutely love, the amazing SPORT for one of their last show... It's so heartbreaking picking only five bands in this line-up!