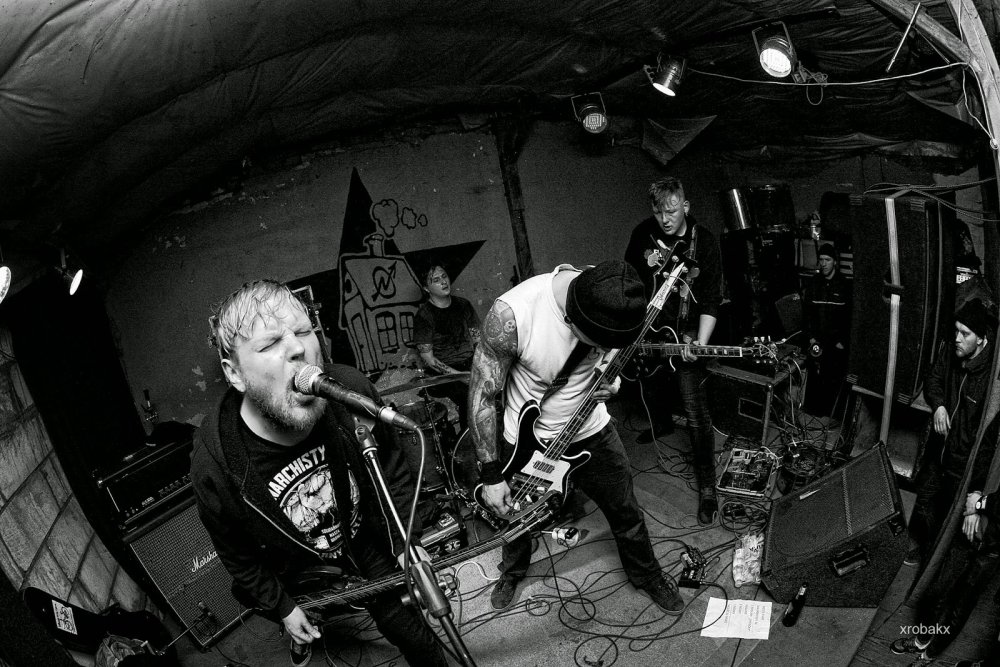 Warsaw's finest dark hardcore veterans Drip of Lies return with the first new album in 7 years. You have a chance now to stream through our website their second full-length "Hell" where the band deliver even more aggressive and depressive metallic hardcore crust. Occasional melodies that surface from the depths of darkness rather evoke melancholic funeral sounds than Ode To Joy. As the band say, lyrically this album explores the nooks and crannies of human soul and pictures the existence in the age of the downfall of humanity.

"Hell" was mixed and mastered by Haldor Grunberg at Satanic Audio, cover art by Raf "Too Many Skulls" Wechterowicz.

Vinyls and casettes will be available later this year. For more details visit the band's webstore.