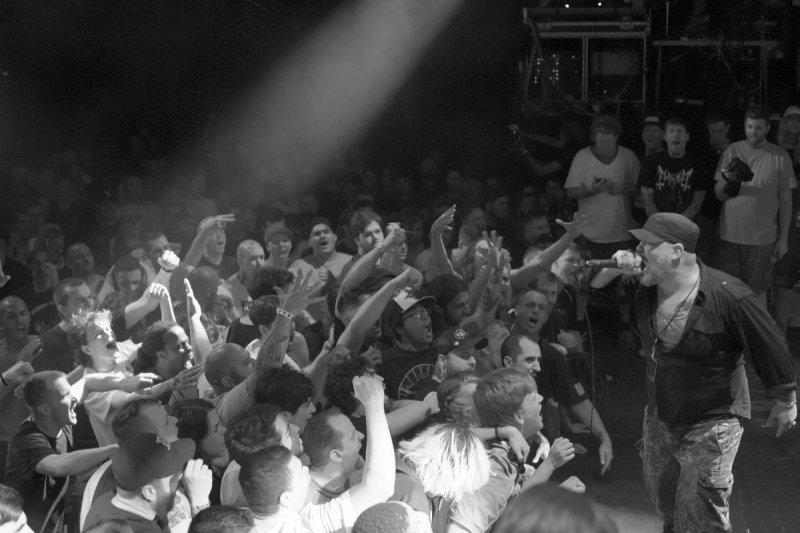 Known for being one of the most incendiary and influential bands in hardcore and modern metal history, apocalyptic heavy music icons INTEGRITY formed in 1988 primarily as an outlet for the philosophical and spiritual musings of vocalist Dwid Hellion. With an intense sound that melds together high-velocity hardcore punk, heavy metal, thrash and angular, noisy guitar riffs with lyrical themes that include religion, the supernatural, mental illness, individualism, the occult, and Holy Terrorism, INTEGRITY are unquestionably one of the pioneering forces that forged the worlds of hardcore and metal together. Their influence on hundreds, if not thousands of bands can still be heard to this day.

INTEGRITY returned in 2017 with their 12th studio album entitled Howling, For The Nightmare Shall Consume. A conceptual foretelling of the final days of Armageddon, Howling... is a manifestation of pentecostal nightmares and religious depravities, wrought with fire and brimstone sermons and occult prophecies bathed in waves of destruction. Now with almost 30 years of creating dark and terrifying anthems under their belt, INTEGRITY have honored their past musical legacy while fearlessly moving forward into unchartered territory on what is undoubtedly their most elaborate and ambitious effort to date.